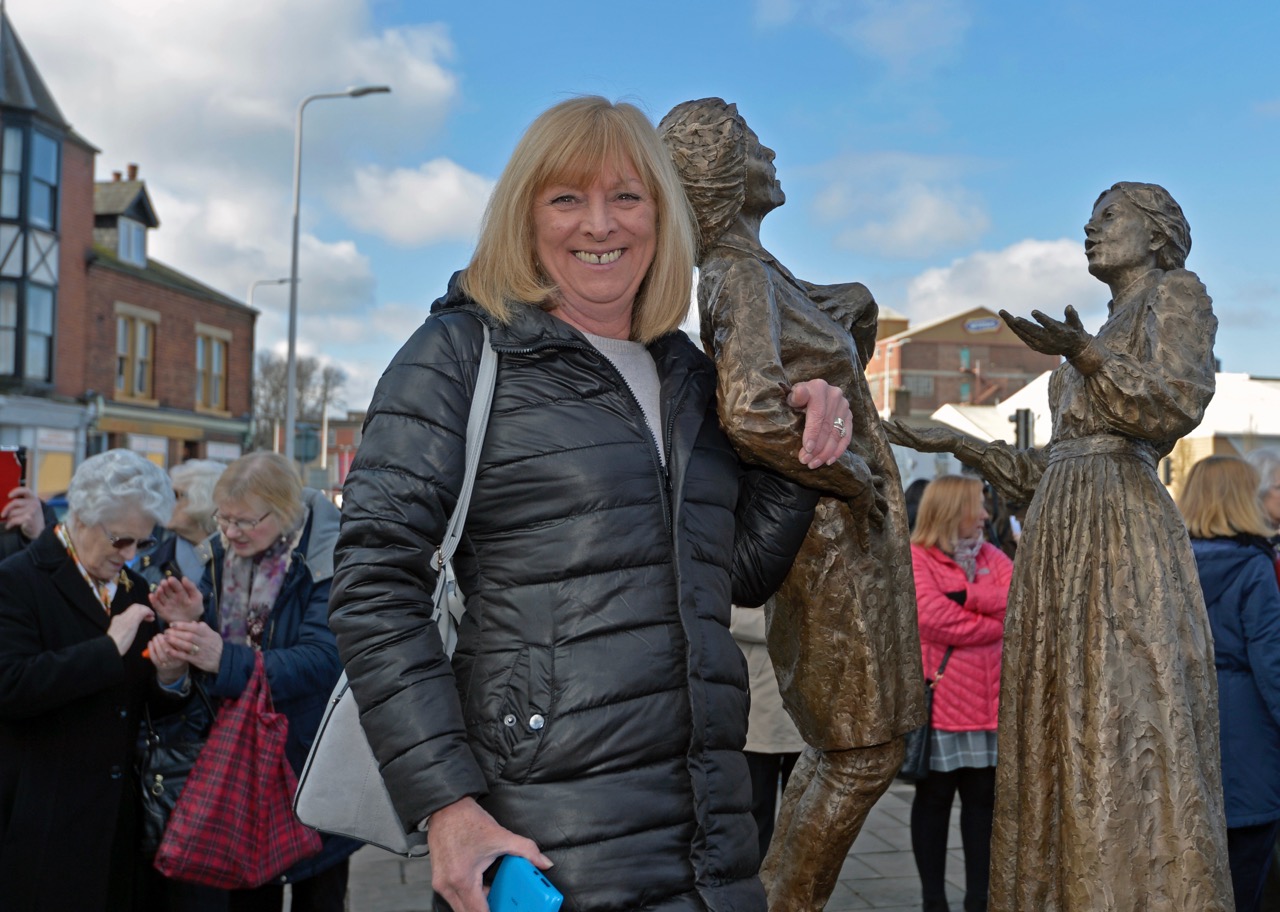 Marking International Women’s Day in Carlisle. A statue of two bronze figures by sculptor Hazel Reeves depicting female factory workers from the McVitie’s Biscuit factory has been unveiled. The statue called Cracker Packers celebrates the role of women in the workplace. Pladis employee Dot Reynolds looks at the statue which she played the part of in the research