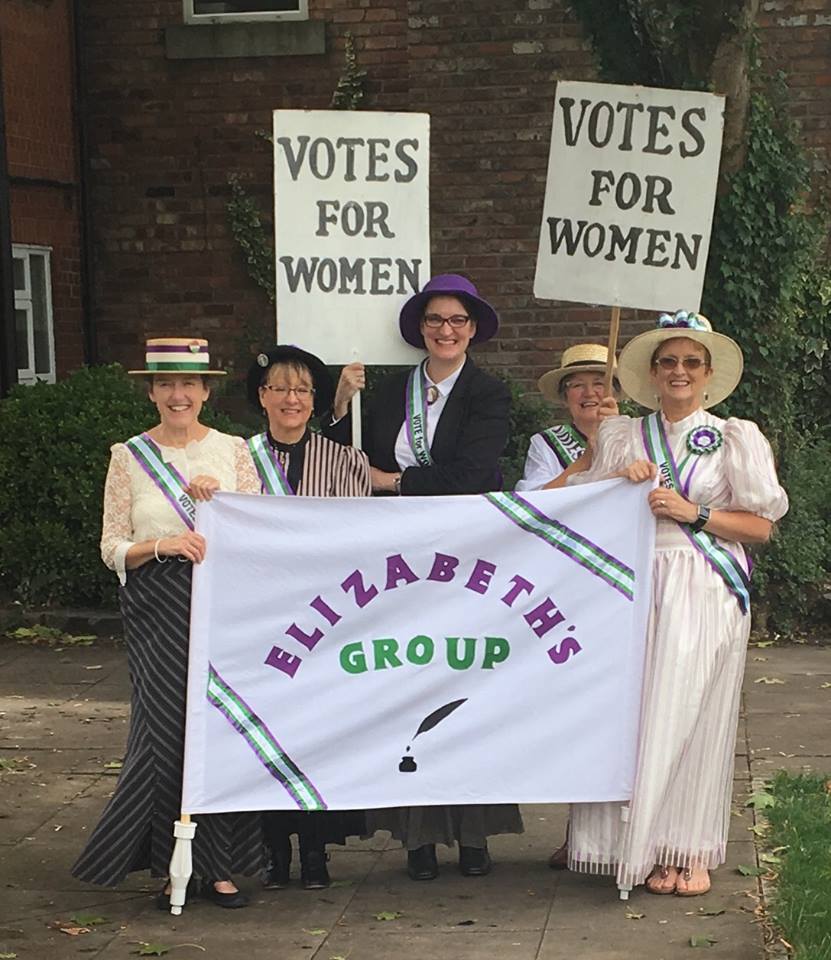 I am absolutely delighted to be chosen to sculpt “the brains behind the suffragist movement”, an extraordinary feminist, Elizabeth Wolstenholme Elmy, for Congleton. The Elizabeth’s Group is writing her name back into history. We need to know her story. She was a radical, a humanitarian, a pacifist. My kind of feminist. Here is the press release announcing my appointment. You can also take a look at their website.

Like too many women who have shaped our history, the name and face of Elizabeth Wolstenholme Elmyhave been forgotten. Described by Emmeline Pankhurst as “the brains behind the suffragist movement”, the telling of Elizabeth’s story is one step closer. The Elizabeth’s Group has announced that renowned sculptor Hazel Reeves will create a bronze statue of Elizabeth for Congleton, to be unveiled on International Women’s Day on March 8th 2022.

Elizabeth’s Group hopes that the creation of another statue of an inspirational woman, whose contribution has not received the prominence it deserves, will go some way to redressing the imbalance of only 3 percent of the country’s statues being of identifiable, non-royal women. Elizabeth deserves her place in history.

Elizabeth Wolstenholme Elmy (1833-1918) was one of the most significant pioneers in the campaigns for women’s rights and was an influential suffragist. She was an activist far ahead of her time, spending her life standing up to injustice and fighting for equality for all, no matter who condemned her for it. Elizabeth believed passionately in equality of education for girls and opened a school for girls in Congleton, Cheshire where she lived for 54 years.

Elizabeth’s Group, also based in Congleton, is the campaign group established to raise awareness of Elizabeth Wolstenholme Elmy. It has been fundraising since 2018 to commission a statue of Elizabeth. This week they have received the wonderful news that Hazel Reeves (who notably sculpted the Emmeline Pankhurst statue in Manchester and also The Cracker Packers in Carlisle) has agreed to be involved in the project.

Chair of the Group, Susan Munro said: “We are absolutely cock-a-hoop to have Hazel Reeves as our sculptor. We all admire and love her work and this is the best possible outcome for us.”

Nearly half of the target for the bronze statue has now been raised.

The group is still actively fundraising for the outstanding amount for the statue and all donations are gratefully received through their Just Giving page: https://www.justgiving.com/campaign/elizabethelmystatue